We Are Crown Financial Services… 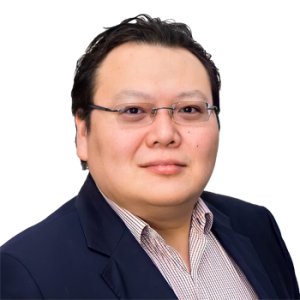 Marvin Yee is an Auckland based business man with numerous interests in private and public companies. His areas of expertise include leveraged buyouts, management buyouts and private equity. His investment experience includes technology, fintech, medtech and the crafting of financial instruments.

Marvin is also a partner in Crown Private, a global investment syndicate with investments in over 40 companies and investor members from 18 countries.
Marvin is the Founder and Director of CyberCom Global Limited, a consolidated technology group which includes payment gateways and ISP services. CyberCom is presently in New Zealand, Malaysia and Singapore.

Marvin sits on a number of boards in New Zealand, Australia, the United States, Malaysia and Singapore.
A graduate of Auckland and Massey University, he has an MBA specializing in accounting and finance and a BA in politics.
He was the past Chairman of the New Zealand Young Professionals and past President of the Rotary Club of Birkenhead. He is also a member of the New Zealand Institute of Directors. 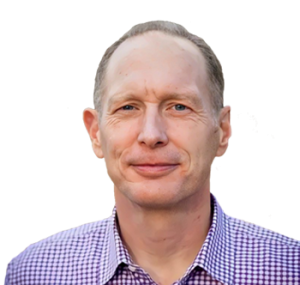 James’ expertise includes M&A, restructuring, strategic management and orchestrating leveraged growth. His successes range from start-ups to billion dollar companies. His sector expertise includes mining, energy, global supply chain and automotive. His greatest strengths are in emerging and frontier markets.
After restructuring and acquiring companies for the AES Corporation in several countries, James went on to develop multiple privately held companies as principal, partner, investor and advisor. He has also donated his expertise to turnaround a variety of not for profit enterprises.

James earned a Master of Arts at the University of British Columbia’s Regent College, and a Bachelor of Science from Portland State University. He holds an Honorary Doctorate from the Kazakh American Free University (KAFU), which he helped create during the early 1990s. He currently serves as Executive Vice President and Adjunct Professor of Strategic Management at KAFU.

Working around the world for the past 29 years has given James great insight and competence in many settings. In grad school, he was known as the guy who could parachute out of a plane above any country and find his way to success. While he has yet to jump out of a plane, he has been fortunate to call multiple countries home, and he thrives in many others.

When things go wrong, James is the person you want on speed dial. He turns chaos into beauty, solves deep and complex problems, and makes things work when no one else can. He relies on deep intuition, thorough investigation, analysis and synthesis, and not giving up. He is equally driven by the values of integrity, trust, risk taking and fun.

Disclaimer: The information contained in this website should be used as general information only. It does not take into account the objectives, financial situation or needs of any borrower or investor, or purport to be comprehensive or constitute lending or investment advice and should not be relied upon as such. You should consult a financial adviser to help you form your own opinion of the information, and on whether the information is suitable for your individual objectives and needs as a borrower or an investor. You should consult appropriate professional advisers on any legal, stamp duty, taxation and accounting implications of borrowing or making an investment. Crown Financial Services Limited and its subsidiaries and affiliates work exclusively with accredited and wholesale investors.

This website uses cookies to improve your experience while you navigate through the website. Out of these cookies, the cookies that are categorized as necessary are stored on your browser as they are essential for the working of basic functionalities of the website. We also use third-party cookies that help us analyze and understand how you use this website. These cookies will be stored in your browser only with your consent. You also have the option to opt-out of these cookies. But opting out of some of these cookies may have an effect on your browsing experience.
Necessary Always Enabled
Necessary cookies are absolutely essential for the website to function properly. This category only includes cookies that ensures basic functionalities and security features of the website. These cookies do not store any personal information.
Non-necessary
Any cookies that may not be particularly necessary for the website to function and is used specifically to collect user personal data via analytics, ads, other embedded contents are termed as non-necessary cookies. It is mandatory to procure user consent prior to running these cookies on your website.
SAVE & ACCEPT
APPLY FORM
Contact Form - Crown Private Limited